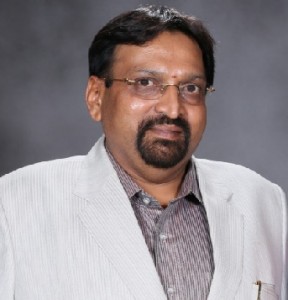 Incorporated at Bangalore during 1992 with the main objective of, Engaging in the activities such as ”equipment foundation, bridges, Check dams, wiers, power houses, Fabrications, industrial houses, expertise in controlled blasting, major irrigation projects, group Housing, Specialisation in light roofing with tubular structure etc. The company undertakes other civil works on contract/turn key basis. Though, the company has more than 2 decades of experience in large-scale industries & hydro project, we are well equipped in the Construction Business and its directors are experienced players. One of The Directors, Sri A.C. Dhanashankar is associated with many projects and has earned valuable experience, which has lead to the present projects.

Two hydro power projects are currently in progress. One is at Mahadevapura, Srirangapatna Taluk, Mandya District and the other is at Bathanaha in Bihar.

Client satisfaction is the road map to the success in the Construction Business and this is the mantra followed religiously by the company. Every minute detail is considered in housing project so that buyer’s choice is given priority. This has helped the company in getting good response from the prospective buyers for the Housing Project. Company is confident of executing & completing any project without difficulties. The Company carries the image of “best client care” and aims to encash the advantage of its image so as to line up its name among the leading bigwigs of the constructions industry.

Sri A.C. Dhanashankar is the key persons in the Company who has vast knowledge and experience in the Construction industry as also in infrastructure development.

A.C. Dhanashankar is the Managing Director / CEO of the company who overseas its entire affair. He is a well-experienced player in civil works.

“Sierra constructions” was promoted by its MD /CEO Sri A.C. Dhanashankar in the year 1992 to translate his experience in construction field into a business venture of his own. He is a born dreamer, which was well manifested in successfully implementing several civil construction works, under a friendly associate company’s banner. During his association of nearly 2 decades under this banner he has to his credit of having successfully completing nearly 30 projects involving business of nearly Rs 170 cores.

With the rich experience gained for over 2 decades, as above, Sri Dhanashankar, launched his own outfit called “Sierra Construction Pvt Ltd“in realizing his long cherished dreams. Immediately after launching this business venture he has garnered business of about Rs 170 Crores, in the field of

He is closely associated with the well known ”Atria Group” of Bangalore, for their Mini Hydel power project schemes as well as Hotel projects. This group alone has offered business of over Rs 45 Cores to the company. Mr. Dhanashankar’s capacity to bag REPEAT ORDERS from this “Atria group” amidst stiff competitions is ample Testimony for his business acumen and capability.

Nature of work : ALL TYPES OF CIVIL AND ELECTRICAL WORKS

Nature of work: ALL TYPES OF CIVIL AND ELECTRICAL WORKS

Nature of Work: ALL TYPES OF CIVIL , ELECTRICAL, INTERIOR  WORKS

Nature of work : ALL TYPES OF CIVIL AND ELECTRICAL WORKS

Nature of work: ALL TYPES OF CIVIL AND ELECTRICAL WORKS

Nature of Work: ALL TYPES OF CIVIL , ELECTRICAL, INTERIOR  WORKS

Fabrication of tubular trusses of 32 mts span and aluminium window fabrication with imported galvanised powder-coated sheeting and glazing for the powerhouse.

The whole project was completed in a period of 18 months.

Looking for a quality and affordable constructor for your next project?